We’re very partial to La Morra on Beacon Street in Brookline but we need a special incentive to go because it’s so far away.  Their wine dinners are just that so we were there for this menu: 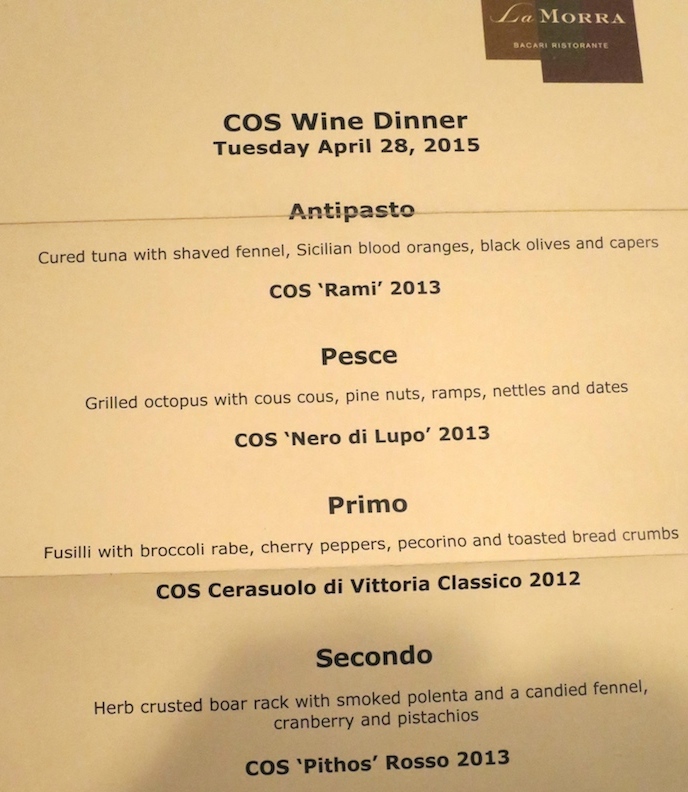 Sorry to say, as usual when the first course came, I was so hungry and anxious to eat it that I forgot to take the picture!  But it was a delight and Josh explained how it was done: quite the same as curing gravlax except with the addition of spices and fennel ground in the food processor. The tuna was very light and we thought it was probably hamachi.

I managed to photograph everything else, so here’s the octopus on cous cous, unbelievably tender.  Josh said he decided that the dates were a mistake and he left them out! 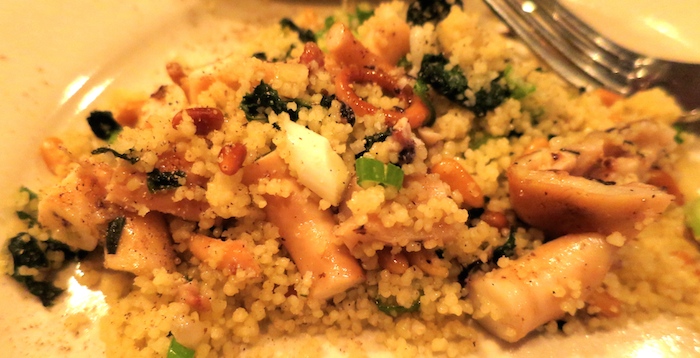 The fusilli was very al dente but with distinct heat and was accompanied by the best wine of the night. ($31 less 10% for a case) Love those bread crumbs on pasta!

I had foolishly not had high hopes for the boar but it was terrific and we decided that it was definitely time to cook that polenta we’ve had in the pantry forever. Note how small this particular “boar” must have been! 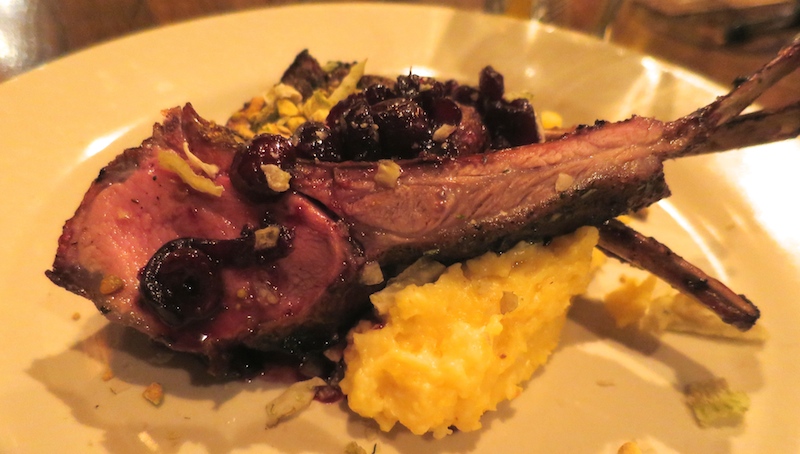 We had a wonderful conversation with Debbie M. who had done a month in Sicily solo including two weeks of Italian lessons!

Posted in Uncategorized | Comments Off on La Morra COS Wine Dinner