What to do with left-over turkey

This one’s easy: of course, one makes a turkey sandwich (and turkey soup, and turkey pot pie, etc., etc.). I thought other foodies might take inspiration from my long-standing search for the perfect turkey sandwich. 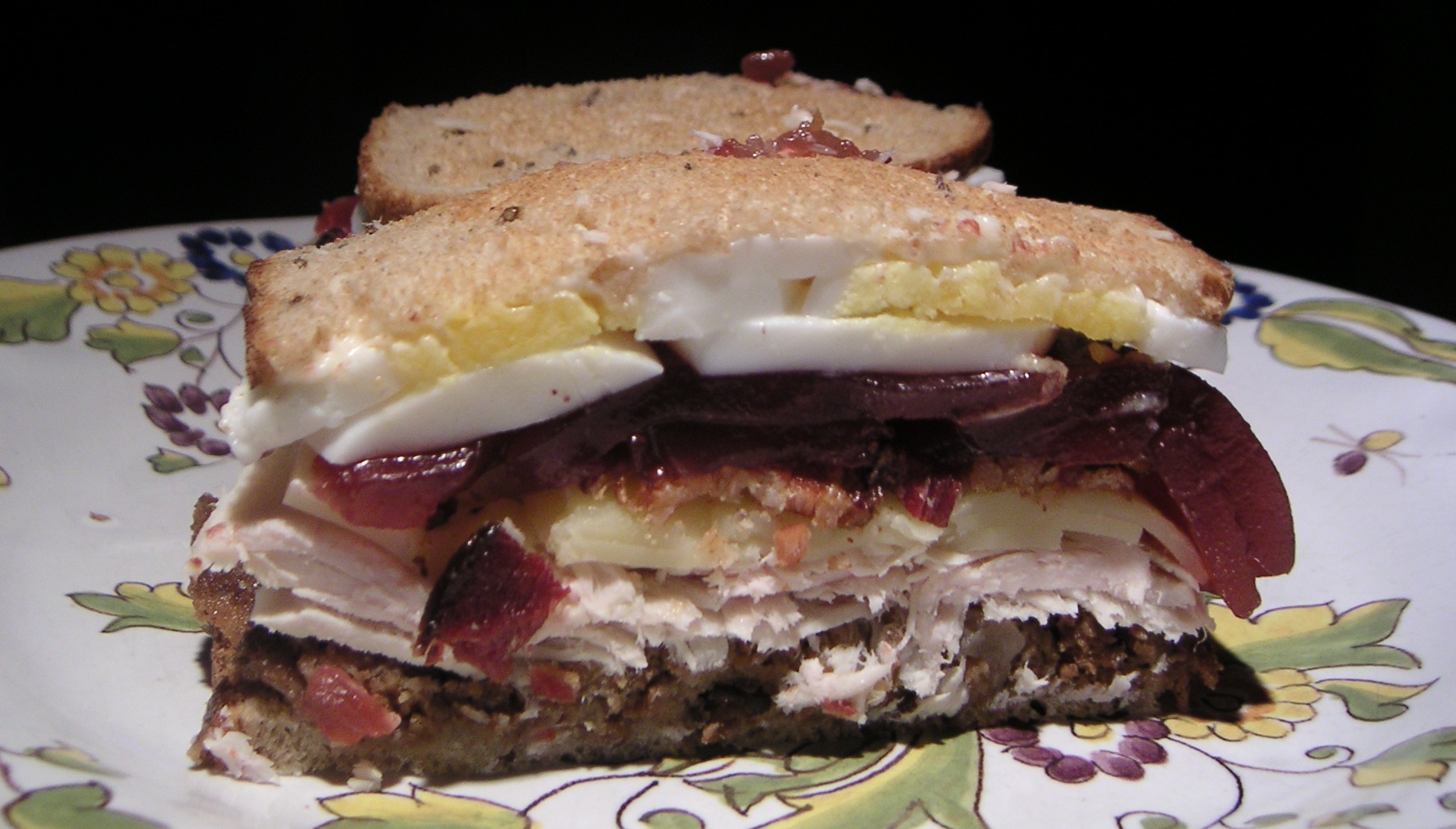 Reading from the bottom: Pepperidge Farm seeded rye lightly toasted and sliced in half while warm (resulting in two slices each half the original thickness) spread with gravy, stuffing toasted in the toaster-oven until crisp on the outside, thinly-sliced white meat, emmenthal (swiss) cheese, crisp bacon, jellied cranberry sauce, hard-boiled egg, and mayonnaise.

Comments Off on What to do with left-over turkey 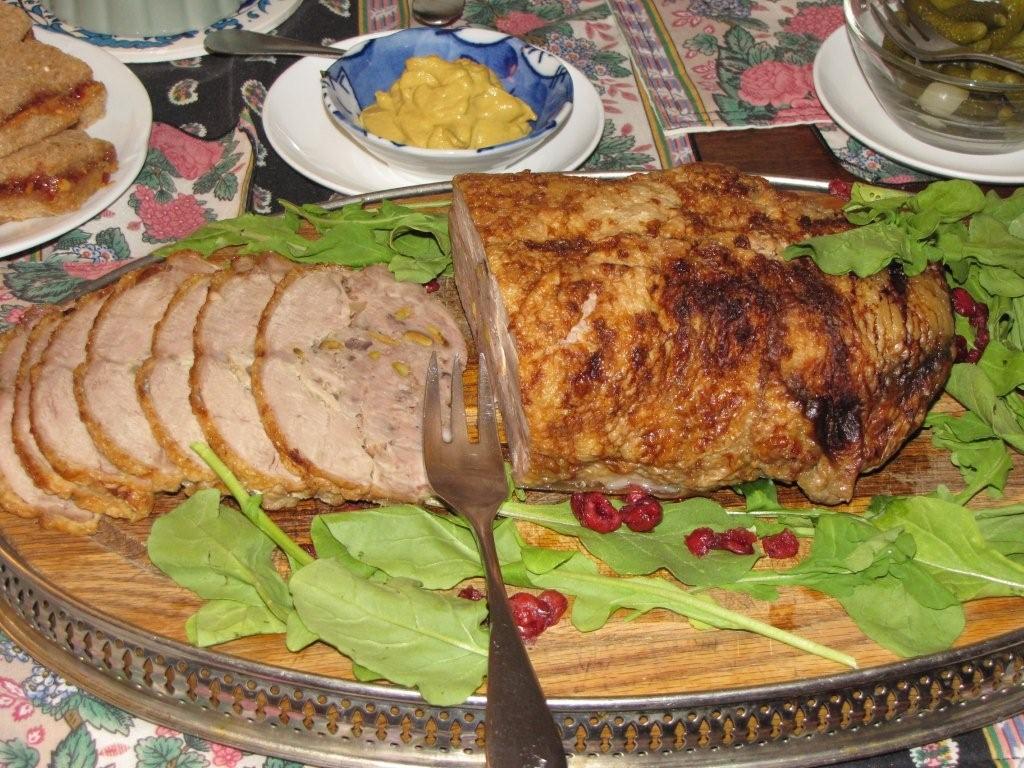 Comments Off on A tradition of boned duck