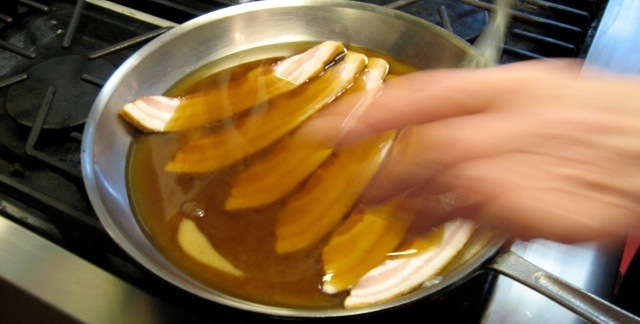 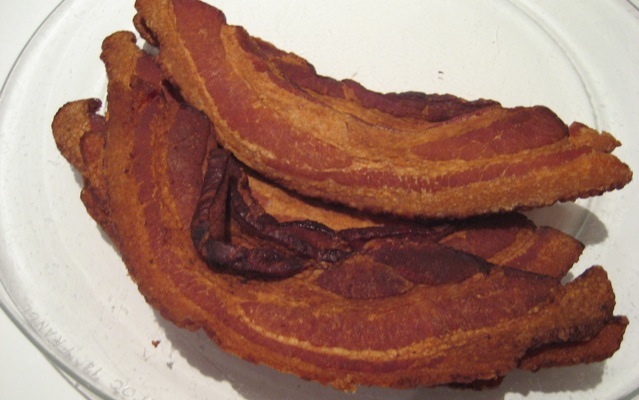 Comments Off on How to cook bacon

I hope we can generate some useful video of recipes being prepared. Here’s the very first one I ever shot (in 2000): “Lemon Risotto” starring Deb Dawson:

Comments Off on Recipe Videos

What do food bloggers do except write elaborate descriptions of the outrageous meals they made on a weeknight? (So, you’ve been warned!)

Some five years ago, Manhattan food critics were stunned when Daniel Boulud put the foie gras hamburger on the menu at DB Bistro Moderne. They mostly commented on the price ($32 today) rather than on the novelty; after all, Larousse Gastronomique contains the recipe. I’ve never had enough curiosity to give up a Manhattan meal at, say, Anthos, to try the DB Bistro version but I was always curious about whether the combination actually worked.

All this to say that it’s not hard to find out. Get the fresh foie at Savenor’s:

Grind your hamburger from chuck making certain that you have at least 20% fat:

Grill it up and put it on top of some caramelized onions:

Finally, sear some foie gras for the top: