Goings on at HOME

For those who aren’t familiar with the reference, it’s to the neon sign I’ve had in my living room window for the past 35 years.  You’ll see the same design on some of our plates, made in Paris for us some fifteen years ago.

For our joint birthday celebration in early February, we needed a good vegetarian lunch dish.  Once we remembered the quiche shop in Saint Jean de Luz that everybody loved, it was a no-brainer.  But, believe it or not, we’d never made a quiche so we had to practice up for the grand occasion, one short and one tall:

We decided we couldn’t be without Joanne Chang’s latest book from her bakery “Flour” and I went ahead with the brioche-based sticky buns.  Deb thought they were awful because they had too much goo.  I’m still puzzling over what it could possibly mean to say “too much goo.” 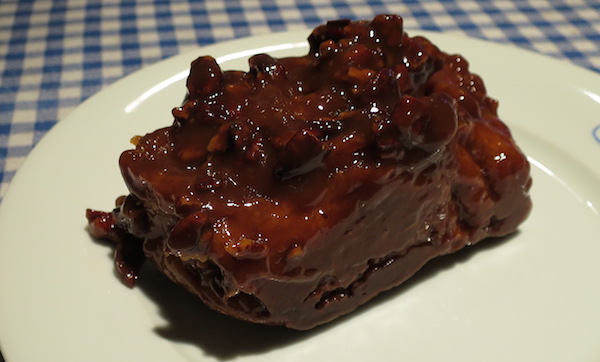 We were enraptured many years ago when the Babbo cookbook came out to discover the recipe for lamb tartare which I’d raved about at the restaurant.  Of course, Mario had to add a mint pesto to go along with the tartare itself. 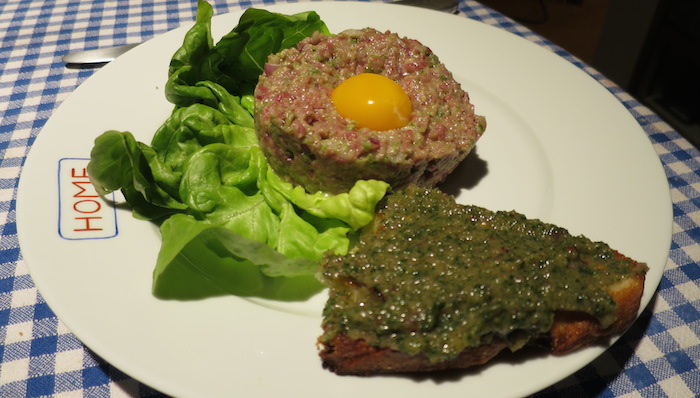 Finally, we’ve been focussed on dumplings as the result of a cookbook I got out of the library.  It took two tries but we had the best pork and chive dumplings in memory.  So good, that when we finished our ample portions we went into the kitchen again and made some more!  This particular batch was made with store-bought skins which were too thick so we slimmed them down with the pasta machine; worked perfectly! 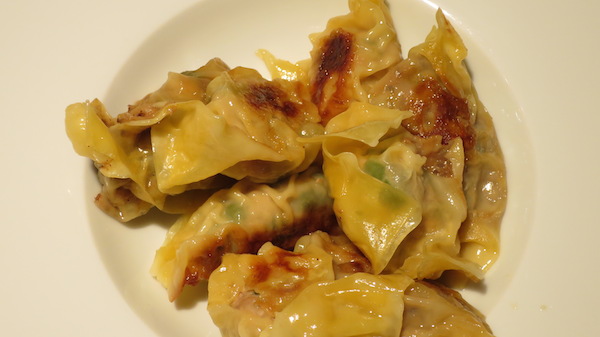 Posted in Uncategorized | Comments Off on Goings on at HOME